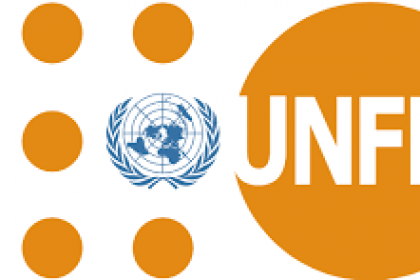 In South Sudan, people often use “culture” as a justification for most forms of violence against women especially when it comes to issues to do with marriage. Child marriage is literally accepted as part of cultural practices and traditions in customary laws in South Sudan, the same customary laws whose customs and traditions are used as a source of legislation. Despite the fact that the government of South Sudan ratified the Convention on the Elimination of All Forms of Discrimination Against Women (CEDAW) and the Convention on the Rights of the Child (CRC), which have been localized, the parliament as well passed the African Charter on the Rights and Welfare of Children, which prohibits child marriage. The legal framework in South Sudan that governs child marriage consists of the Interim Constitution of 2011, the Child Act of 2008, the Penal Code of 2008, the Criminal Procedures Act of 2008, the Local Government Act of 2009, and the Peace Agreement, which is supreme over Customary Laws and by-laws practiced by chiefs in all states. But all these efforts are strongly hindered by culture backed by customary laws that run the show in South Sudan when it comes to Child Marriage.

To bring this discussion to the attention of the public, CREW had the opportunity to engage with the Executive Director of Steward Women, a women’s organization that provides legal services through its established mobile community based legal aid centers /courts. Mrs. Josephine Chandiru shared her experience fighting for justice for women in South Sudan. “Access to justice for women and girls is just on paper, it’s not in reality” she said. Even a few victims who take legal action come back and beg the organization to drop the case due to lack of support from their family, pressure and to some extend victims are threatened and for fear of their lives choose to drop the case and be silent, she added. Rule of Law must prevail for effects such as the one Steward Women has in place to move smoothly and be impactful, and that right there is our biggest challenge in South Sudan.

We were also joined by Mr. Philips Anyang Ngong, a human rights lawyer who through his organization, “Advocates Without Borders” has been strongly advocating for that “marriageable age” to be defined in the constitution. His organization filed a petition in 2017 at the supreme court of South Sudan that is being looked at now at the second opinion to clarify and constitutionalize marriageable age. “Besides the use of customs and the unclear legal age of marriage, South Sudan has the Child Act 2018 that has not yet been operationalized” says Mr. Philips. During the radio talk-show, Mr. Anyang was able to share in depth the gabs in the constitution and challenges they face in this field and gave recommendations and what needs to be done constitutionally to end Child Marriage in South Sudan. The talk show was a very insightful show as he interacted with listeners who called in to ask him several questions as well as those that appreciated the topic and also shared their opinions regarding the weak legal framework in South Sudan.

There are various provisions from the different laws that are contradictory and full of loopholes that make it difficult to win child marriage cases in courts so as to establish a legal precedent.

Mr. Philips Anyang, A human rights lawyer during a radio talkshow on understanding the legal framework with regard to protecting of girls from Child Marriage in South Sudan

Marriageable age is undefined, the customary laws that govern child marriages are recognized in the constitution, the Penal Code criminalizes the would-be husband who marries an under-age child but not those who make decisions or preside over it. There is no provision that protects a minor boy who impregnates a girl even if she is of the same age, so boys are not equally protected. Abduction of girls for marriages, giving out girls as blood money for crimes committed by males of the family, and inheritance of girls after the death of their sisters are all happening at a time when they are not legally able to give consent as a child. The rewarding of rapists with marriage of the rape victim as a way to overcome stigma and or bring compensation to the girls’ families has been characterized by stakeholders as an appalling miscarriage of justice and recommended that criminal acts such as rape should not be amenable to arbitration through the customary laws but addressed through the statuary courts with stiff penalties.

All these contradictions between and within the pieces of legislations frustrate efforts in place to end Child Marriage in South Sudan.

To end Child Marriage, a functioning legal framework is vital, the Ministry of Justice has a lot to do here. It’s heartbreaking to see constitutional post holders engage in acts of child marriage and they go unpunished.

Menstruation Shouldn’t Be a Challenge To Young Girls’ Aspirations